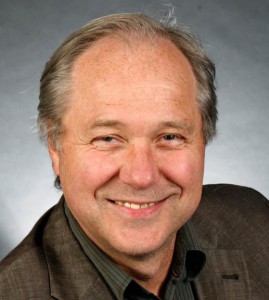 Günter Berghaus was born on 3 November 1953 in a small village east of Cologne, Germany. His family has lived for hundreds of years in the region formerly belonging the historic Duchy of Berg. During secondary school, he developed an interest in theatre, film and art, which became his subjects of study, besides German literature, when he entered the University of Cologne in 1972. In 1974, his interests in the practical side of theatre made him move to (West) Berlin, where he worked as assistant director, actor and musician in small fringe theatres and at the City Opera House. Concurrently, he pursued a Ph.D. in Theatre Studies at the Free University of Berlin and graduated in 1977 with a thesis on the political dimensions of nineteenth-century popular theatre in Vienna (J.N. Nestroys Revolutionspossen im Rahmen des Gesamtwerkes: Ein Beitrag zur Bestimmung von Nestroys Weltanschauung auf dem Hintergrund der österreichischen Sozialgeschichte des Vormärzes).

In 1973, Berghaus was admitted to the Studienstiftung des Deutschen Volkes, an organization supporting the academically most gifted 0.5 percent of the German student population. The foundation enabled him, in September 1977, to move to London, where he pursued research at the British Library into German baroque theatre. Results of these investigations were published in two books: Die Quellen zu Andreas Gryphius’ Trauerspiel “Carolus Stuardus”: Studien zur Entstehung eines historisch-politischen Märtyrerdramas der Barockzeit. Tübingen: Niemeyer, 1984 and Die Aufnahme der Englischen Revolution in Deutschland 1640-1669: Studien zur politischen Literatur und Publizistik im 17. Jahrhundert mit einer Bibliographie der Flugschriften. Wiesbaden: Harrassowitz, 1989. In 1978 he began teaching at London University. For five years, he was Lektor at Bedford College, where he directed a number of plays from the classical repertoire (Urfaust, Minna von Barnhelm, Baal and others)

In 1983, Berghaus was appointed Lecturer in Drama at the University of Bristol. During his early academic career, he had three main areas of research and teaching: Renaissance and Baroque theatre, Modernist and avant-garde performance, and dance history. He was actively engaged in developing new curricular models for the integration of theory and practice in Theatre Studies. Berghaus produced performances both from the modern and classical repertoire, and experimented with a range of unconventional formats (cabaret, ritual theatre, video performance, tactile and olfactory theatre).The artistic success of these performances and the positive responses to the publications that resulted from his practical work led in 1992 to his promotion to the position of Reader in Theatre History and Performance Studies.

During his six years in London, Berghaus had developed many contacts with the German-Jewish exile community and had gained access to private archives in which the artistic activities of the refugees from the Nazi régime were documented. To raise awareness, both in Britain and Germany, of this little known chapter in twentieth century cultural history, Berghaus published Theatre and Film in Exile: German Artists in Britain, 1933-1945. Oxford: Berg Publishers, 1989. A complementary project focussed on the artists who remained in Nazi Germany after 1933, which he then widened out to include complementary and contrasting studies of theatre in Fascist Italy, Francoist Spain and Vichy-France. From 1990 to 1994, he led a research group at the University of Granada that produced under his editorship a volume entitled Theatre and Fascism: Comparative Studies on the Politics and Aesthetics of Performance in Europe, 1925-1945. Oxford: Berghahn Books, 1996.

Between 1995 and 1997, Günter Berghaus assumed lead responsibility for the organization of a major international conference focussing on the methodology of theatre studies and performance analysis. It was held in Bristol on the occasion of the Drama Department’s 50th anniversary and involved leading representatives of various approaches that have emerged over the past decades on different continents. It resulted in a volume of 20 essays, New Approaches to Theatre Studies and Performance Analysis. Tübingen: Niemeyer, 2001.

In 1993/95, Berghaus was involved with setting up the periodical Performance Research and he edited one of its early issues, On Ritual (1998). He widened his knowledge in theatre anthropology through his contacts with the ethnoscenologists Jean-Marie Pradier in France and Armindo Bião in Brazil. Other noteworthy influences at that time were Richard Schechner in New York and Eugenio Barba at the Odin Teatret in Holstebro. As part of his intercultural investigations into the diversity of theatrical forms of expression he organized workshops and set up performances with artists coming from the traditions of Kathakali, Kathak, Mohiniyattam, Kuttiyattam, Odissi, Wayang Golek, Barong, Topeng, Baladi. In the 1990s, Berghaus travelled regularly to Brazil. In Salvador de Bahia, the poet Ildásio Tavares opened doors for him to the Ilê Axé Opô Afonjá, where Mãe Stella de Oxóssi initiated him into the Candomblé. He worked with the theatre director Antônio Mercado Neto, active in Rio de Janeiro, São Paulo and Fortaleza. In 1998, he took up a guest professorship at the theatre school of the Federal State University of Rio de Janeiro and produced a memorable adaptation of Oskar Kokoschka’s Murder, Hope of Women.

In Britain, Berghaus’s work focussed on the historical avant-garde and he directed a series of public performances concerned with the aesthetics of Expressionism, Futurism, Dada and Surrealism. They included plays from the Futurist Theatre of Essential Brevity (teatro sintetico) and a highly successful production of Artaud’s Jet de sang (1996). In 1998, Berghaus published Italian Futurist Theatre 1909-1944, which was the fruit of ten years of archival work undertaken in Italy, largely financed by the British Academy and the Italian Ministry of Cultural Affairs. Related were books on Marinetti’s pre-Futurist career (The Genesis of Futurism, 1995) and Futurism and Politics (1996), a wide-ranging investigation based on documents drawn from police files and Mussolini’s private cabinet. These publications cast a fresh light on an art movement that had long been neglected due to its public espousal of Fascism. Günter Berghaus’s books, essay and conference papers made a significant contribution to the reversal of fortunes of Futurism in academic circles. They highlighted the anarchist and left-wing tradition in Futurism, the anti-Fascist activities of its members, and the a-Fascist quality of many works produced in the 1920s and early 1930s. By the turn of the millenium, Berghaus was widely recognized as a leading expert in the internationally growing field of Futurism Studies. This led to an invitation by the Marinetti family to edit a new English-language edition of Marinetti’s critical writings (published by Farrar, Straus and Giroux in 2006).

Günter Berghaus’s commitment to the historical and contemporary avant-garde was always complemented by a strong interest in the most ancient forms of theatre. From 1997 to 2001 he developed an interdisciplinary research project, “Ritual and the Origins of Theatre”, drawing on the support of three research centres at the University of Bristol: the Centre for Behavioural Biology, the Centre for the Study of Human Evolutionary Development, and the Centre for Cognitive Studies in the Arts. As part of these investigations, he organized a cycle of public lectures by leading scholars from Britain and abroad, subsequently published in the volume, New Perspectives on Prehistoric Art (2004). In 2000, Berghaus was invited to become guest professor at Brown University, Providence/RI, where he taught courses in ritual, ancient Egyptian and Mesopotamian theatre. They culminated in a production of a Sumerian text from c. 2,500 BCE, Inanna’s Descent into the Underworld. The changes in the political climate of post-9/11 USA prompted Berghaus to return to Europe in September 2002.

Massive funding cuts in British universities were seriously undermining his possibilities to continue research rooted in theatre practice. He therefore decided, in 2003, to withdraw from teaching and moved to Germany. Although still affiliated to Bristol University as a Senior Research Fellow, he now focussed on his publications, beginning with a two-volume history of avant-garde performance: Theatre, Performance and the Historical Avant-garde, and Avant-garde Performance: Live Events and Electronic Technologies (both Palgrave/Macmillan, 2005). The next ten years were largely taken up with a series of initiatives in the field of Futurism Studies, supported by the publishing house Walter de Gruyter in Berlin and New York. In 2000, De Gruyter published his volume, International Futurism in Arts and Literature and signed a contract with him for a Bibliographic Handbook of International Futurism. In the run-up to the 2009 centenary of Futurism, De Gruyter appointed Berghaus to act as general editor of an International Yearbook of Futurism Studies. In the first years of its existence, the annual published some 50-60 essays on the worldwide influence of Futurism and prompted a request to summarize insights gained in an encyclopedic compendium, Handbook of International Futurism.

Outside his professional career, Günter Berghaus received an artistic training in music (classical guitar) and photography. He has 2 sons (born 1996 and 1998), whom he has seen growing up, due to his early retirement, at close quarters. He is a passionate cook, not only for friends and family, but also for some legendary banquets. Typical for his ‘practice as research’ philosophy, he published his insights in “The Futurist Banquet: Nouvelle Cuisine or Performance Art?” and “I banchetti futuristi come performance art.”

We use cookies on our website to give you the most relevant experience by remembering your preferences and repeat visits. By clicking “ACCEPT ALL”, you consent to the use of ALL the cookies. However, you may visit "Cookie Settings" to provide a controlled consent.
Cookie SettingsREJECT ALLACCEPT ALL
Manage consent

This website uses cookies to improve your experience while you navigate through the website. Out of these, the cookies that are categorized as necessary are stored on your browser as they are essential for the working of basic functionalities of the website. We also use third-party cookies that help us analyze and understand how you use this website. These cookies will be stored in your browser only with your consent. You also have the option to opt-out of these cookies. But opting out of some of these cookies may affect your browsing experience.
Necessary Always Enabled

Performance cookies are used to understand and analyze the key performance indexes of the website which helps in delivering a better user experience for the visitors.

Analytical cookies are used to understand how visitors interact with the website. These cookies help provide information on metrics the number of visitors, bounce rate, traffic source, etc.

Advertisement cookies are used to provide visitors with relevant ads and marketing campaigns. These cookies track visitors across websites and collect information to provide customized ads.

Other uncategorized cookies are those that are being analyzed and have not been classified into a category as yet.